What are the most wanted video games? Is it the same sports game year after year? Is it s 1st-person shooter or a fighting game? Ask a few gamers this question and I’m sure that they’ll say yes to all the above and other genres. Ask me the same question and I’ll say, the games that I would like to see are just as wanted but have not been made. They would give us the match ups that we’ve wanted for years. They would be the anticipated sequels that advance classic game titles.

As proof that I am not alone in wanting these games, I will point out fan-made artwork and videos that could serve as covers and trailers to some of these games. After making my point I will give my answer, the dream games are among the most wanted video games.

Did the bit war take a bit away? 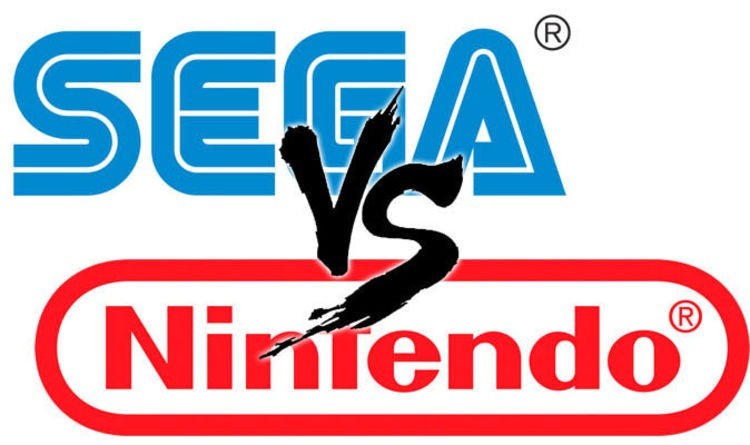 Nintendo vs. Sega, if you grew up in the 90, you knew of this rivalry. Honestly, what I remember is children being split between the two consoles. I don’t think there war ever a real winner. Did the bit war take something away from the gamers? Did competion between the two companies prevent something that could’ve been bigger than we remember from the video game landscape back then?

Being overly competitive in a way robs the fans. Being overly competitive maybe the reason why there has never been a real WWF vs. WCW showdown. Perhaps a bit a competition was in the core or Marvel and DC’s 1996 collaboration. Why else would this merging only be a 4-comic book series and not a campaign that really stood out? Companies that are so focused on out doing each other prevent certain collaborations the fans would love to see. Throughout the 90s NES (later becoming SNES) and Sega, were neck in neck in their war for dominance of the gaming world. Looking back, I didn’t understand the need for a “war” for one main reason, the executives of each company seemed to be clueless to the fact that…despite which console the gamer favored, we loved the games and didn’t care to see the other company put out of business. Truth is a gamer could favor Nintendo but still like games on Sega and vice versa. If the executives had accepted that fact, it could have possibly resulted in a collaboration that would’ve given us video games that brought our favorite game franchises and characters together.

The fans will tell you what they want. 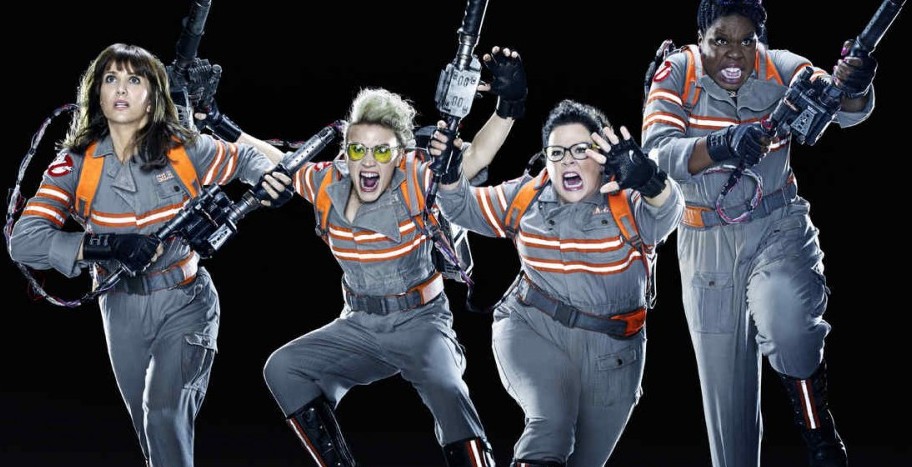 The Last ghostbusters movie- in which all women were cast as the ghostbusters, flopped with many fans. It was reported that sexism could’ve been at the core of this reaction, that was a borderline insult to the fans. What went ignored was the fact that many of us grew up with the franchise, from the movies, the cartoons and toys. Fans had long awaited for a follow up ghostbuster movie since the second edition, which came out in 1989. What went ignored was disappointment was at the core of the fan’s reaction not sexism. It was simply not the movie the fans wanted.

Former wrestler, Sean Waltman (X-pac) said in an interview, “The fans will tell you what they want; all you have to do is listen”. I am not suggesting that video game companies should take everything we say or suggest and use it. I am simply saying, there should be elements from what the gamer is asking for that is applied to the development of certain games. The gaming industry should satisfy a certain want; it has been great at satisfying the wants of the current video game, it’s also satisfying the craving for the classic video games and I’m sure it is developing what the video game will become. However, the industry is making the same mistake it has been making, by not creating the video game that gamer’s have wished for. 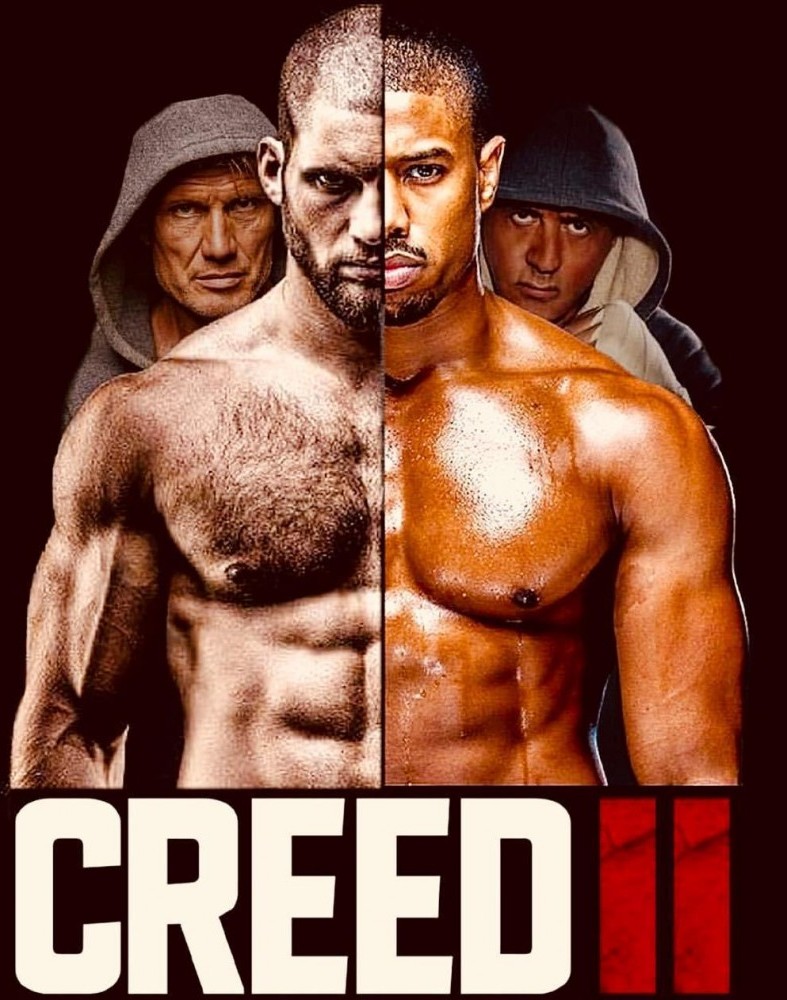 Actor Sylvester Stallone, has been successful in bringing back two of his biggest films (Rambo and Rocky/Creed). In my opinion, the key to Stallone’s current success is that he leaves in the essence that has made his movies a success in the first place and adds new elements that satisfies audiences of all ages. As a fan of the Rocky and Rambo films myself, I can say that Stallone is in tune with his audience. No matter how long the gap is between the previous film and the current addition, you walk away feeling that the wait was worth it.

These dream video games would have to follow the formula Sylvester Stallone has used. They would have to be true to their essence and add new elements that appeal to young gamers while amazing older gamers. These games should answer the, what ifs and exceed expectations. The end result should be the gamer feeling, the wait was worth it. What would make these games special is they wouldn’t often happen; their release should come as a surprise to the gamer. I’m sure that these games would not only be a big financial success but they would also add more depth to the video game landscape. 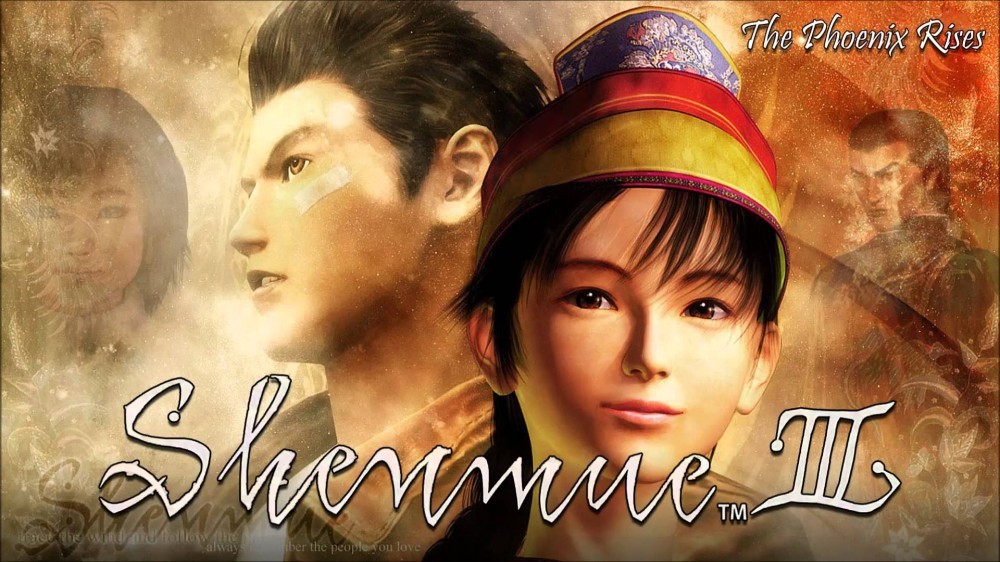 Shenmue 3 – This game has been anticipated since it’s second edition was released in 2002. It was reported that developers of the game did acknowledge that there were fans of the franchise but did not see it as a financial success and therefore, were not in a hurry to make a third installment. Taking actions into their own hands, fans started a kick starter campaign to raise funds for the game’s creation. The results was a record making 6.3 million dollars raised by 700,000 backers. After seeing this, I came across a supposed date release date for Shenmue 3 set for Aug of 2019. Until I see that it’s official, this remains a dream game.

Mario Vs. Sonic – Promote it as the last stand-off between Nintendo and Sega, with the two biggest names in the video game Industry! Sonic and Mario were pitted against each other in an Olympic style game years ago but gamers who have been fans of these iconic characters should get a real head-to-head adventure at least once. I have seen enough fan-made art and videos to suggest that Mario vs. Sonic would set the game world on fire. 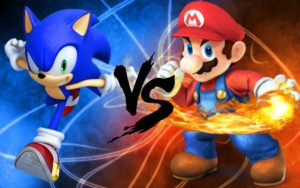 Mortal Kombat vs. Street Fighter – These games were not only the headliners of the fighting genre but also among the best-selling video games of the 90s. Of course there was a bit of a rivalry between the two. I can remember there being some comparisons on which was the better of the two. Game developers had managed to pit Street Fighter against the Marvel universe and Takken; while merging Mortal Kombat with not only DC but also a few horror movie icons. How did we not get this game yet? 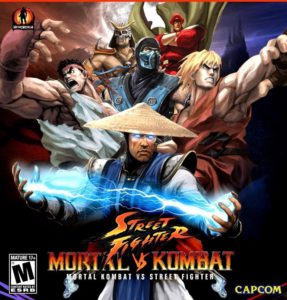 Marvel vs. DC – The gaming industry has a chance to do what the movie industry has yet to do and what the comic industry did not do in greater detail, give us a real battle between the Marvel and DC universes. The two companies did collaborate in 1996 for a 4-part comic series, in which fans were able to vote for each match ups outcome. Today, that method would probably pale in comparison to letting gamers dictate every detail of the action. With the love for these characters that stems from the comic books and cartoons combined with the new popularity due to the current movie titles, there’s no way this game can lose.

Mario vs. Donkey Kong – There has always been a bit of a rivalry between these characters, nothing major but enough to build on. The two debuted together in the classic Donkey Kong game (1981). Since then Donkey Kong was featured on a few Mario based titles such as: Mario Kart (SNES, N64). Mario Party (N64) and the multi-character game Smash Bros(N64). There were a few Donkey Kong vs Mario games released on the Gameboy advance and the Nintendo D.S. These games seemed to be upgrades to the game-play style of the original game, keeping the characters in a puzzle adventure platform. To make this title stand out, developers should base the game in an action adventure. A combination of an in-depth story line, advance game -play and an ending that gives us a clear winner, could result in a bigger classic than the debut of these iconic characters.

I am not a video game developer nor am I suggesting that I know more than the professionals of the industry. What I am saying is, that gamers have invested a lot. Add the money that our parents spent to the money that we now spend, we have made the gaming industry very wealthy. We have invested in playing video games until the difficulty is no longer challenging. A few video games and characters have been able to cross over into the movie industry due to our support. Perhaps support like that should be rewarded once in a while, in the form of a video game that is based on the essence of what gamers have been wanting and asking for.

In closing, I say to the video game industry, these dream games would be a great way to say, thank you to the fans; for supporting our products. In return, we will respond as we always have, with our money.

2 thoughts on “Most Wanted Video Games – The Dream Games”