8-bit glitches, blowing in cartridges, coming up with methods to make the game work on the first press of Nintendo switches. We had some patience. With a “I” was how you pronounced Ryu, Mario’s rival was king koopa, the damsel was princess toadstool. N.B.A. jamming before the 2k, spending time playing live and creating M.J. A link to the past, throughout the video game’s evolution, we have been the constant classic. Playing faithfully today as we did then, all in from the first level to the games’ end. Refusing to put down the controller, just because we’re a little older. Truth is, pure innocent fun is ageless, therefore this one is for the retro gamers. 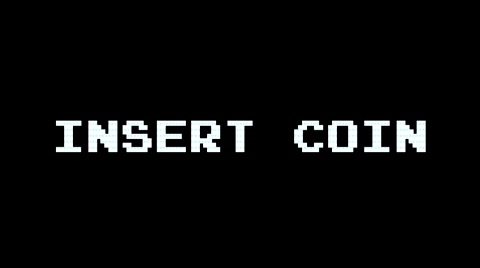 A quarter gave me a couple of options. I could buy a few pieces of candy or play a round on the arcade machine. Most of my contact with the arcades was at grocery stores. Certain crowds were more charged than others, depending on the time of day. The after school crowd was always the most amped. There was a candy store by my school that my friends and I would go to at the time that had a few games. The combination of the sugar rush, the energy from those playing the game and on-lookers seemed to intensify those huddles. It was never a dangerous situation but you had to be a bit exertive to assure you got your turn.

On special occasions when I did go to the actual arcade, it was like being in a different world. The sights and sounds from the machines with the reactions from other children created an exciting atmosphere parallel to an amusement park. The arcade machine was a head turner.The artwork that decked its cabinets with its pregame presentation and demo; stopped us in our tracks and had us begging our parents for a quarter. The games were amazing. A machine with a good sound system-you could feel the vibration in the explosions and hear the crunch in the hits. This is probably what inspired home systems to go into the 16-bit era. Still, there were some home versions tittles that paled in comparison to the arcade. 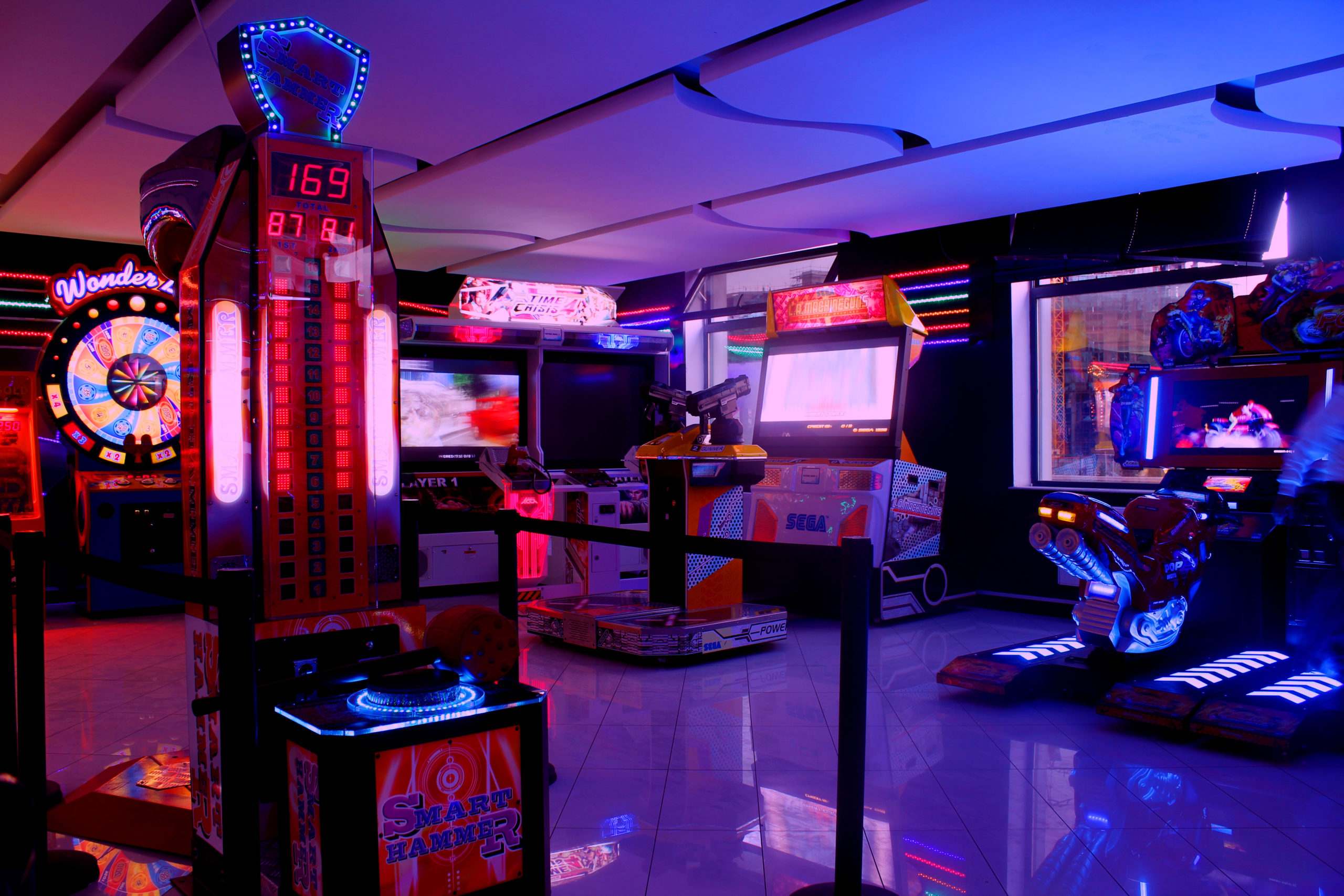 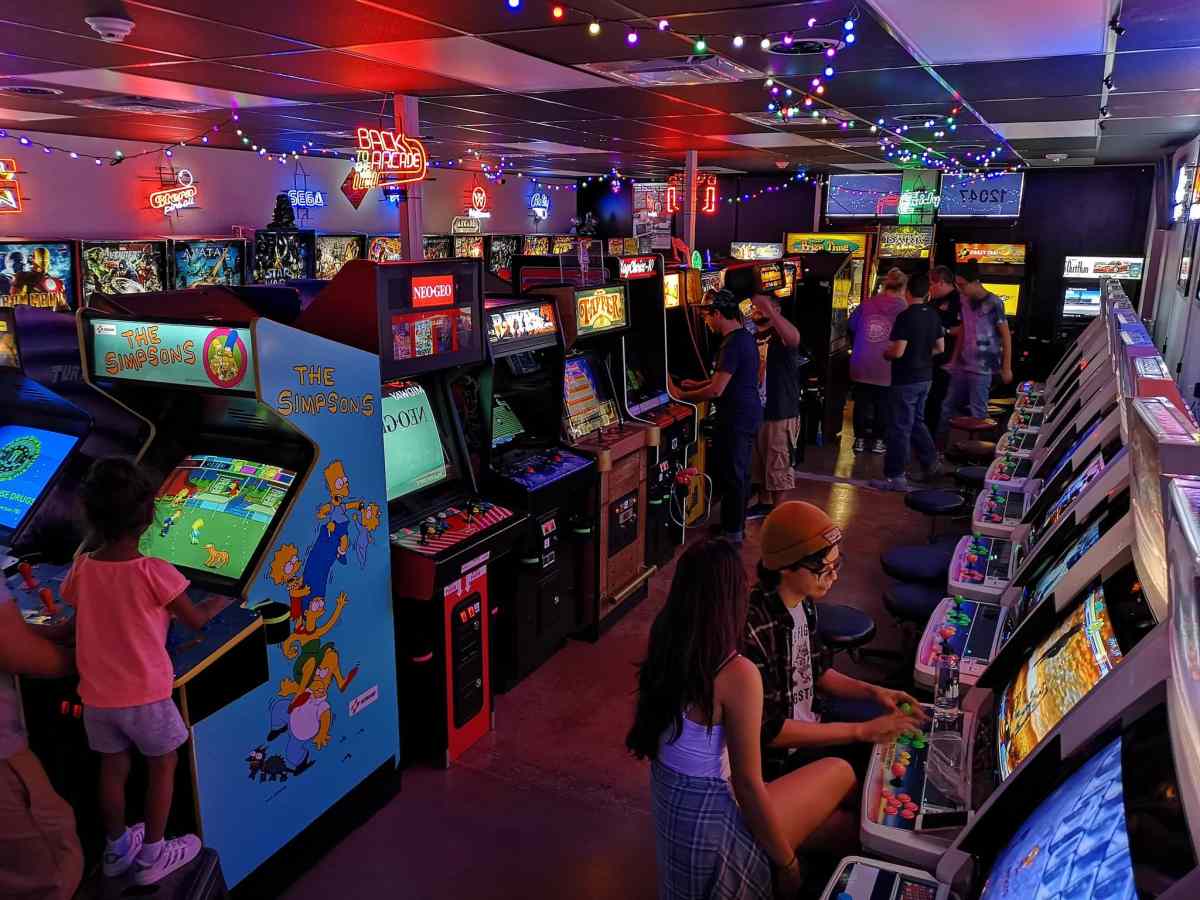 Despite the fact that I beat close to none of the games that I played; the joy I got from playing them far outweighed any disappointment of losing. It was an experience that is today a treasured memory.

The video rental store was the gamers’ library. Though not as powerful as thumbing through the pages of a book, there was something special in the experience. The process of renting a game was just as memorable as playing it.

My excitement started the moment I was giving permission to rent a game. As soon as I was given the money, I would hot-tail it to the video store just around the corner from where I lived. I would go there often mostly to browse, so I was pretty familiar with what was on the shelves. As I made my way to get a rental, I would make a list in my mind of which game to look for. That would add a pep to my step as I wanted to have my pick at the best selections.

The new releases, the games that had the advertisements and was #1 at the arcade, were the top choices but the hardest to get. When the preferred titles were unavailable that meant taking a bit of time sorting through what was left. This selection was made up of duds and under the radar classics. Since these videos games didn’t have the hype, they had to sell themselves by sight. A glimpse of the cover from front to back would either spark interest or be considered not worth the time. Snapshots found on the back of the game cover provided the only preview. Of course there was no YouTube video to refer to. For my friends and I, video games and the internet meant finding cheat codes. I like many of the gamers at the time just had to chance it. Not knowing what to fully expect was both an advantage for those particular games and what added to the fun in renting them. 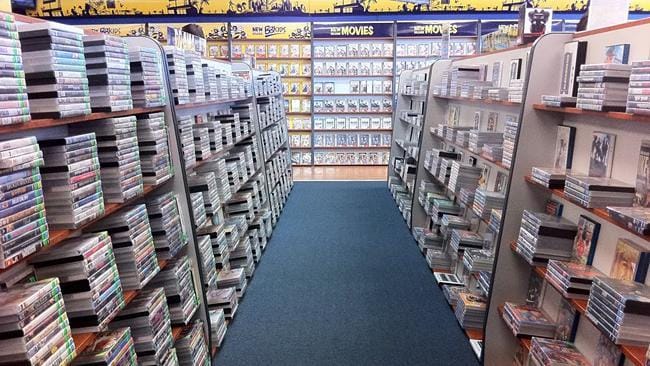 I preferred getting my rental on Friday. The store had a 3-day rental policy, They were closed on Sundays; renting on Friday gave me an extra day. Fun Times!

(I swore there were people stealing games. I remember many new releases being on the shelves one day and just never return)

You Had To Be There (Player vs.)

Playing Live is to the gaming world what Facebook is to the internet. You go online and play against others who are logged on in different locations-a headset allows you to communicate with them. It seems like a fun experience; so I won’t say that I will never try it. Personally, I favor the original way of playing with a second player. Not because I’m stuck in the old ways, I enjoy the interaction that comes with playing alongside a friend. There’s an energy that is bounced between players who are in the same room. Our back and forth created vibes that matched the game being played and gave us a little extra to play for. 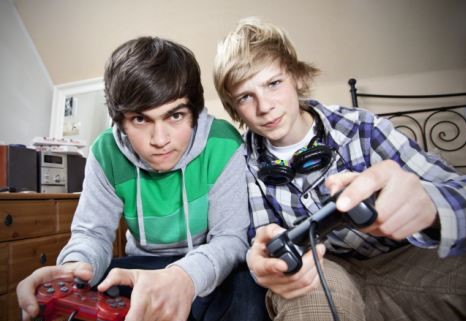 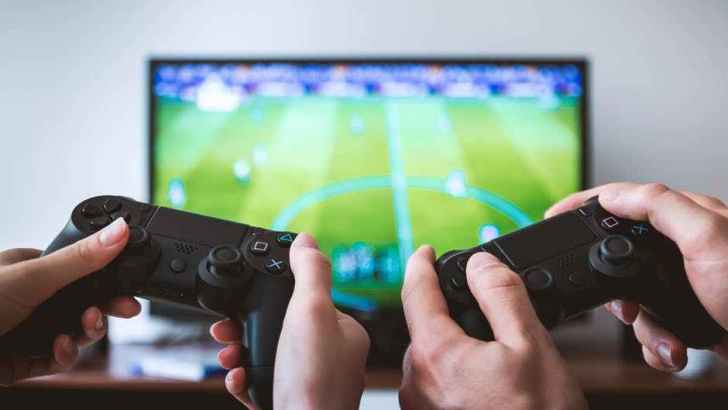 In one-on-one gaming its player’s wit against another. Trash talking turned these sessions into chess matches. As soon as the game starts, the more vocal player goes right in-throwing out his best vocal jabs to get his opponent off of his game. The more reserved gamer says little. He holds on to every word of his taunter and waits for his chance and he gets it. He now throws out a little slick talk of his own as he’s just tipped the game in his favor. The tone has changed, the intensity has picked up. The mouthy gamer has quieted down. He’s now trying to take the game a bit more serious. It’s too late, his opponent is in the zone. Before he knows it…its game over! The taunted is the winner. The extra satisfaction was in responding to his friends talking with a win. All in good fun of course.

You Had To Be There (Co-op Campaign)

Co-op gaming is the opposite, it about combining our wit to beat the game. In our minds, we were taking part in a mission that we would enjoy but we really wanted to win. That little extra is what makes us care a bit more. Throughout the course of the game we thorolly covered each other. If one of our games ended early that player still gave aid and acted as an extra pair of eyes. In defeat, we came up with strategies. Timing and patterns of the enemy were memorized; from that we developed ways to get through a level. It was like cracking a code to finally get through an area that had us stuck-we shared in the enjoyment of the accomplishment. We had survival down to a science. Little measures like keeping taps of in-game lives along with giving power ups to the player that needed it were also taken; to assure we would get as far as possible. It was OK to complete the game alone but after all of that, it was more satisfying reaching the end together as intended. 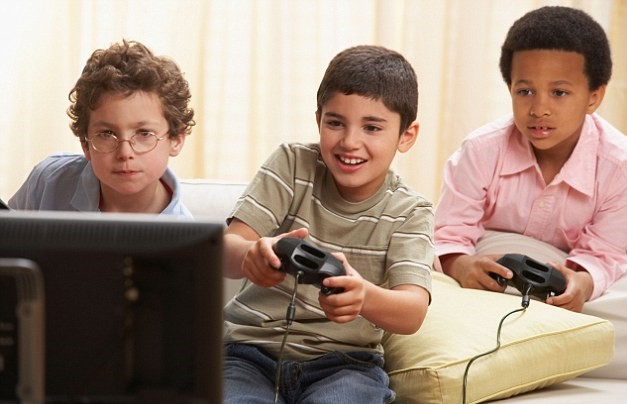 While the one-uping and strategizing was taken place so was bonding. Video games may have allowed us to escape the reality of society but not the reality of our friendships. I’m glad it allows that element. The conversations-trash talking included, combined with the joking were as important to the moment as the games were. As I write this I smile thinking of when I paused a game due to laughing with friends.

(Sore Losers. My cousin would enjoy the game when he was winning, then hate it when he was losing. Took away all the fun)

I’ve shared a part of my past that I hold dear; a glimpse into something that added to a great childhood. I would like to think regardless of how old we get from time-to-time we think back on our fondest memories. I think back to the energy of the crowd at the arcade, sorting through games at the video store and when I was playing side by side with friends. We may not remember every event exactly as it happened but we do remember how we felt at that time. It’s at that moment that we feel a portion of the happiness and excitement that we felt back then as children. That’s powerful and why many of us still play video game. Innocent fun is ageless.

I hope fond memories from yesterday can contribute something to today. I originally dedicated this article to the gamers of my generation. I extend this dedication to younger gamers. It’s cool when two generations have a few common interests. I hope they get the same enjoyment that I got and still get from playing video games. I look forward to playing alongside my children as I did with friends. May that joy keep us a little younger. Play On Players!!