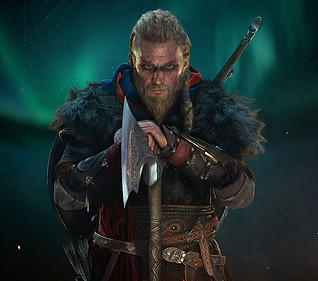 Assassins’s Creed Valhalla is the 12th installment of the franchise. This time the story puts gamers in the viking world in 800 A.D.-as a young warrior name Eivor. To escape the tyranny that begins to grip their land, you travel to England with your countrymen to form a nation of your own. Once settled, you’ll have to re-establish your clan as a superpower by aligning with those who are beneficial to your rise and eliminate those who threaten it. It may be surprising who turns out to be your allies and who your enemy.

There is a tone of old world meets new world in AC Valhalla. Evor and his clan are worshipers of the gods of Asgard. They carry their faith into a new land that is ripe for development at a time when Christianity is new. The religion subject doesn’t play the biggest part of the story but does create atmosphere and brings interesting dialog and interactions between characters of different faiths. 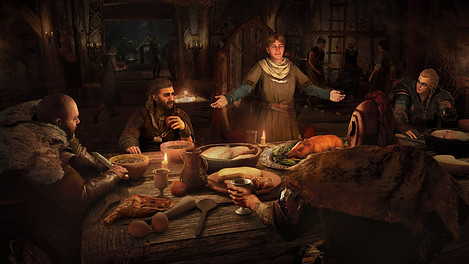 Greater emphasis is put into the interactions; greater in the sense that no character feels one dimensional. The depth of the interactions with each character lets us see their development from lowest to highest. In certain situations, gamers will get to decide who is exiled, who is trusted and even who will have the chance to be king of their own tribe. This lets the gamers get closer to more than just the main characters and gives more range to the games’ experience.

A detour from what’s familiar 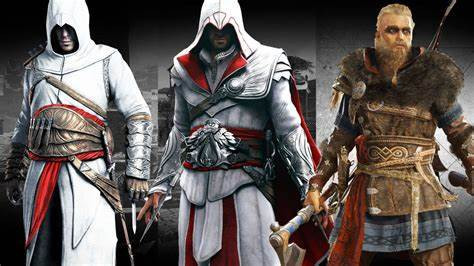 The battle between the assassins and the Templar is what the AC games are about. The previous games have told the story in a few ways but the two factions are always the focus. In this game, creators make a bold move and put those two in an almost supportive role in order to tell a new story.

Of course the assassins and the Templar come into play in the game but they aren’t the focus. Nor is their influence heavily felt. This could be because the game take place at a point before either of the two reach their peak. So the story isn’t about the main character joining either side or fighting their war. This of course puts the game’s agenda on a different track; it’s more so about survival than it is revenge.

The action itself is a reflection of the new routes that were taken in AC Valhalla. Since Evor doesn’t join the assassins, he’s not trained in their techniques. Throughout the game he maintains fighting ways of his native land. The stealthy and graceful fighting mechanism from the previous games have been replaced with a more direct, bust-in-the-mouth style; that fits seeing that the main character is a skilled viking warrior. The tempo of Assassins creeds’ action has never been slow but this game has the timing of a straight up beat em up.

While AC Valhalla doesn’t follow all the patterns of the previous games, it does bring something fresh to the table. The new elements and viewpoints used to tell its story may bring a little more depth to the franchise and how it tells the overall story. Given the gamer more control over the outcome at certain points in the game, with more direct action sequences could even attract gamers who weren’t into the AC games

Its true that if something isn’t broke than don’t fix it. But if something new is brought to the equation and doesn’t ruin it, than why not accept it as a possible improvement? As an owner of a few AC games, I will definitely be adding this one to the collection.

In my last article, I wrote about games I thought were sleeper classics. This time I’ve decided to write about the opposite. After all these games are just as memorable albeit for the wrong reasons. These games ruined holidays and weekend rentals but instead of touching on the typical reasons that can make a game […]

8-bit glitches, blowing in cartridges, coming up with methods to make the game work on the first press of Nintendo switches. We had some patience. With a “I” was how you pronounced Ryu, Mario’s rival was king koopa, the damsel was princess toadstool. N.B.A. jamming before the 2k, spending time playing live and creating M.J. […]

Best classic video games- They have the graphics,we have the classics.